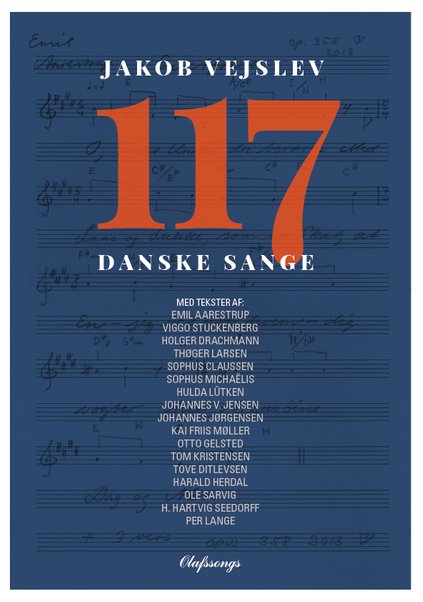 Composer Jakob Vejslev has published several sheet music publications over the years. Recently, his organ music and chamber ensemble music has been re-released at Gehrman's Music Publishing House in Stockholm. Later in the year Jakob Vejslev composed music to lyrics by a large number of Danish poets. This has resulted in the song book "117 Danske Sange" (117 Danish Songs), which has just been published at the Music Publishing Company Olafssongs. The lyrics in the songbook have a historical range of one hundred years.

Asger Schnack writes about Emil Aarestrup "He knows it is in the now in the the myriads of nature, that life and poetry takes place. In his poems it is cool-warmly recorded and finely ironized that in a little while we will cease to exist." (Translated from Danish)

The song book can be bought at Olafssongs here: